Clive Barker's Undying Announced for Mac 7:36 AM Andy Largent Comment on this story. In the June Aspyr update, the company surprised us with the annoucement that they bringing the highly acclaimed thriller FPS Clive Barker's Undying to the Mac.Westlake Interactive has confirmed they are already underway with the port (which was listed as 'Peroxide' on their status page), and it is hoped to.

There are some scary games in this world: Realms of the Haunting, Alien vs Predator, Silent Hill on the PlayStation and that hideous Big Brother game. Clive Barker's Undying is from the mind of the great horror author himself, who is no stranger to trying out new mediums for his work. Games based on his films, such as Nightbreed, may not have been great hits, but he is certainly making up for it now with this first-person shooter.

Set in the 1920s, Undying has you playing the role of a Curtis Stigers look-a-like called Magnus who has been asked by an old war buddy, Jeremiah, to investigate strange happenings at his ancestral home. It also turns out that these two are no strangers to the supernatural; they were both part of a squadron that battled supernatural beings, including undead soldiers, during World War I.

Jeremiah, who is dying, is under threat from his family. This family strife is complicated due to Jeremiah's relations all being dead. Death, however, has not affected their spirit and they still roam the Irish manor house intent on disposing of their younger sibling. Magnus offers to help his old friend and it's from here that you take control of the adventure. As previously stated, the game is a first-person shooter based on the highly-regarded Unreal Tournament engine.

Undying's heritage instantly shows. The graphics are gorgeous and the detail in the levels is of a high standard. Curtains waft in the wind, doors creak closed and the rooms of the house and the outside areas are very spooky - especially the caves below the cemetery. Overlaid with these graphics is a wonderful visceral soundtrack that creeps and crawls its way through the game. When you add the surround-sound audio effects such as wolves howling, thunderstorms and screams, you have a deeply spooky game that, especially when played with the lights off, may just scare the pants off you.

The weaponry is second-to-none, and twofold, in Undying. As well as the standard revolver, and some supernatural weapons, you also have a litany of spells you can collect to do damage or discover information. Weapons and spells are picked up along the way as you progress through the levels. You can also increase the power of your spells by picking up amplifiers. Pretty soon you are a walking mass of hot steel and arcane knowledge ready to deal death to the already dead.

At the start, Jeremiah has the ability to 'scrye:' look back into the past to see events that have gone before. As you discover things about the household and the surrounding area, the scare factor increases exponentially - especially in the nursery, where the sound of children playing rapidly turns into screams. It would have been nice if the spell showed off the history of every room, with sub-stories working through the main plot, but only certain rooms are scrye-able. As you progress, you discover more information and find keys to locked doors that allow you to move on and learn more about the house of horrors and its surrounding area. It's a linear movement through the game, but involving nonetheless. The game has multiple difficulty levels of easy, medium and nightmare, which basically varies the strength of enemy creatures. This may not keep many players interest up, but a desire to scrye all the areas and learn about the house certainly enhances the game's longevity.

If you've played Unreal Tournament, you will know how good the AI is and Undying hasn't changed this: enemies duck, dive and circle you. Sometimes it feels like you are playing against a far superior intelligence, as werewolves split into two groups, so you can't just lob a bomb into their midst. The added supernatural factor makes for more interesting creatures too. Skeletal warriors, strange-looking worms and ethereal guards all provide a real challenge to defeat.

Therein lies one of the problems with Undying. If you get killed by the spooks, then you restart the game at the point where you entered a new level, not at your last save point. This means the level loads up and then you have to boot up your save game after that, which can become tedious. The problem is compounded by the fact that you can't skip cut-scenes and every enemy has its own little death move that is shown. Imagine the frustration when you've repeated this process ad nausea: first you die, then you watch the death move, then you wait for the level to load and then you have to load your save game - aaaargh! 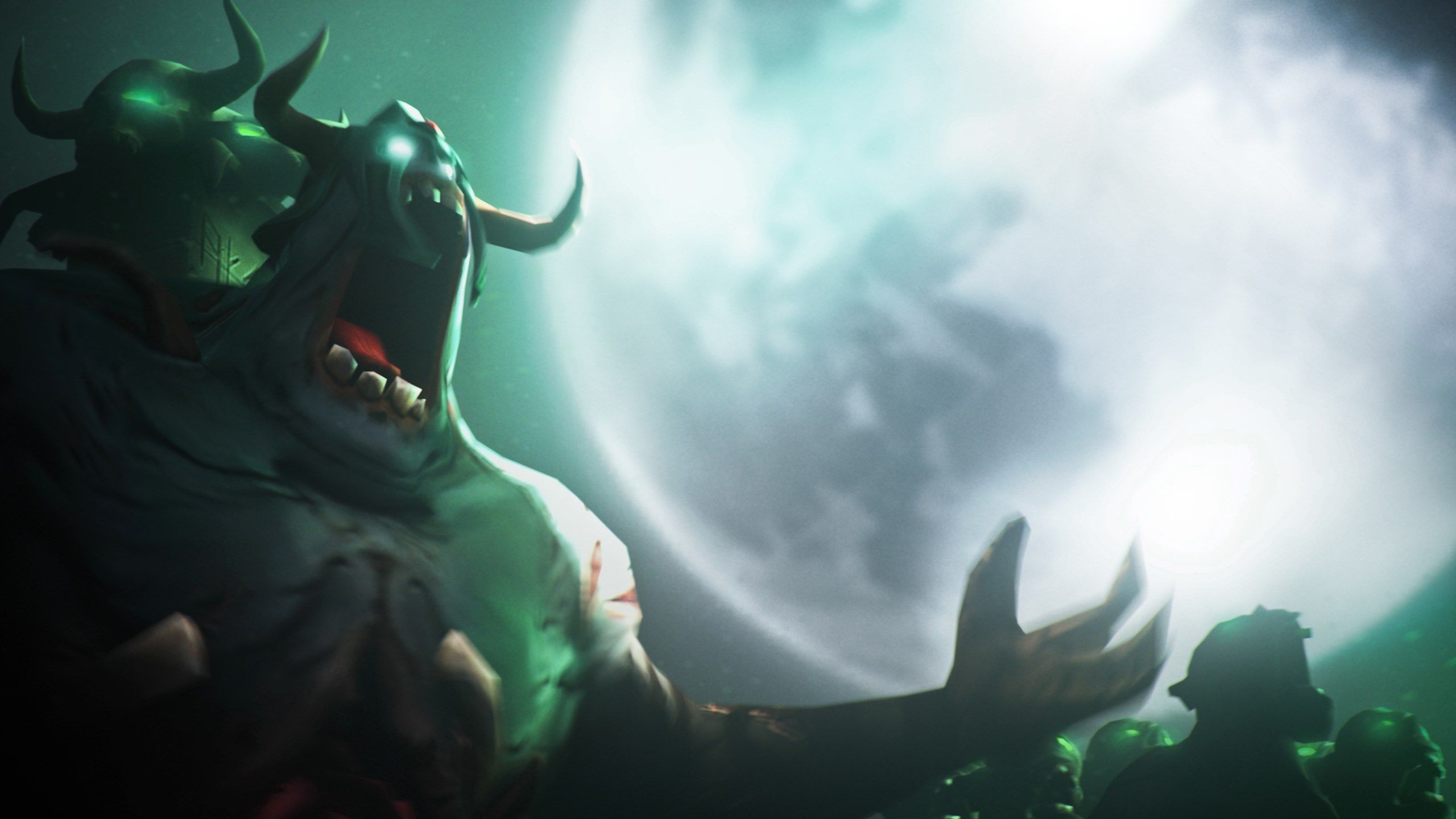 Another downer is despite the use of the multiplayer-based Unreal Tournament engine, there is no multiplay available in the game. This is a big oversight; the possibilities for some great team-based games with monsters vs humans could have been wonderful. 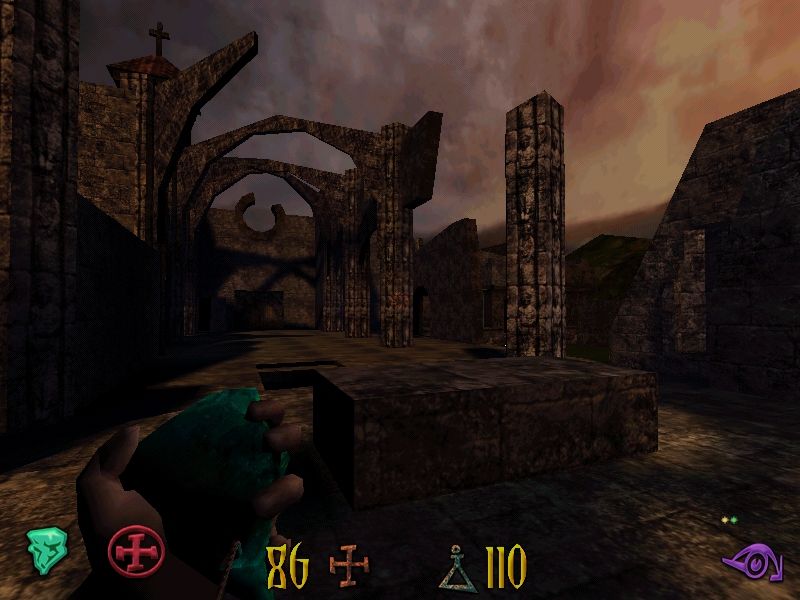 The influence of Clive Barker apparently resulted in a large amount of text to read if you want to really get involved in the story. To be honest, though, if I wanted to read a Clive Barker book, I'd buy one, but you can always ignore it or try to pick out the main plot elements if you feel up to it.

Beyond the flaws listed above (the lack of multiplayer is somewhat like jumping into a Ferrari, then sticking to the speed limit), Undying is a spooky and enthralling FPS. The novelistic feel does somewhat contrast the action movie blockbuster that was Half-life, which may not be to everyone's liking, but if you're into a good rollicking adventure, you should certainly check this out.

It is the most amazing, fantastic action-adventure game!!!! I recommend it 1000%

Clive Barker's Undying is available for a small price on the following websites, and is no longer abandonware. GoG.com provides the best release and does not include DRM, please buy from them! You can read our online store guide .

Clive Barker's Undying was also released on the following systems: