This document briefly describes Perl under Mac OS X. This is the recommended location for most users, and will leave the Apple-supplied Perl and its modules undisturbed. Using an installation prefix of '/usr' will result in a directory layout that mirrors that of Apple's default Perl, with core modules stored in '/System/Library/Perl. Installing Perl Modules Movable Type requires various standard Perl modules for functionality. Some are required and others are optional. Check server system information by viewing the mt-check.cgi script to determine which modules are installed and which are needed. Once the Movable Type files are uploaded to the server, the mt-check.cgi script should be accessible at a url like this.

local::lib - create and use a local lib/ for perl modules with PERL5LIB

From a .bash_profile or .bashrc file -

Even if you do have administrative privileges, you will still want to set up your environment variables, as discussed in step 4. Without this, you would still install the modules into the system CPAN installation and also your Perl scripts will not use the lib/ path you bootstrapped with local::lib.

By default local::lib installs itself and the CPAN modules into ~/perl5.

Windows users must also see 'Differences when using this module under Win32'. 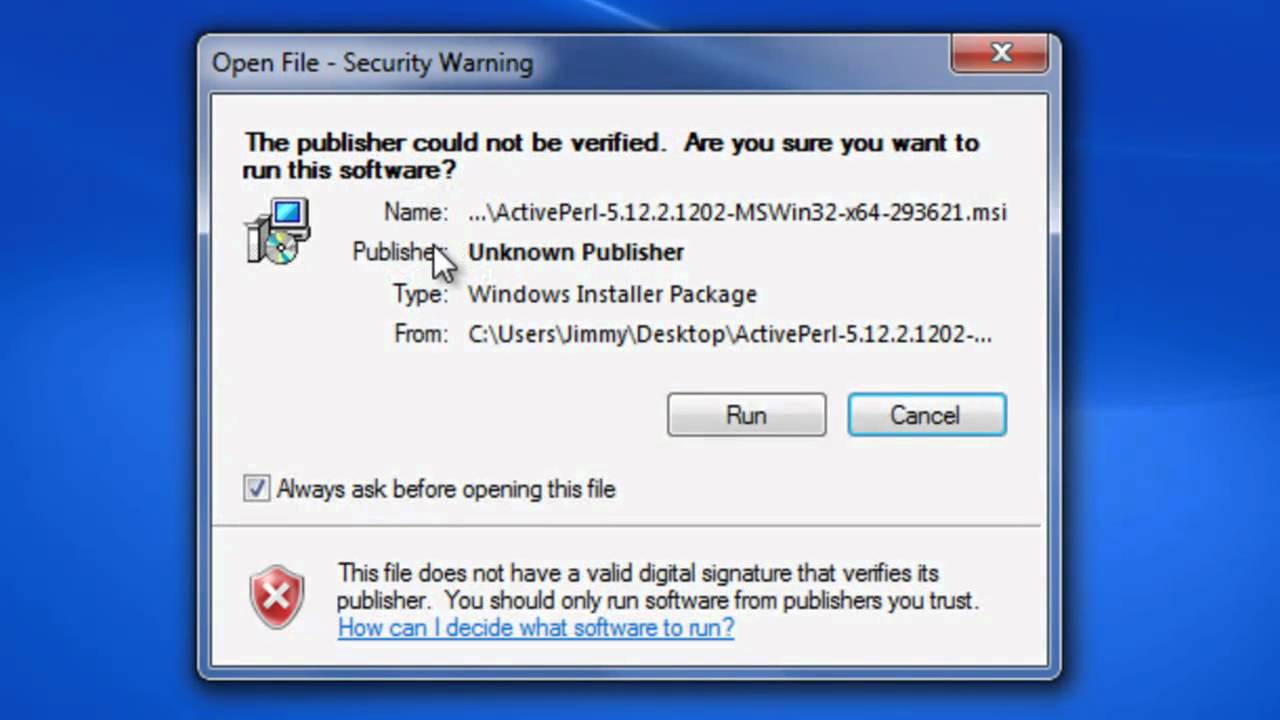 If you're on a slower machine, or are operating under draconian disk space limitations, you can disable the automatic generation of manpages from POD when installing modules by using the --no-manpages argument when bootstrapping:

To avoid doing several bootstrap for several Perl module environments on the same account, for example if you use it for several different deployed applications independently, you can use one bootstrapped local::lib installation to install modules in different directories directly this way:

If you use .bashrc to activate a local::lib automatically, the local::lib will be re-enabled in any sub-shells used, overriding adjustments you may have made in the parent shell. To avoid this, you can initialize the local::lib in .bash_profile rather than .bashrc, or protect the local::lib invocation with a $SHLVL check:

If you are working with several local::lib environments, you may want to remove some of them from the current environment without disturbing the others. You can deactivate one environment like this (using bourne sh):

You can also ask local::lib to clean itself completely out of the current shell's environment with the --deactivate-all option. For multiple environments for multiple apps you may need to include a modified version of the use FindBin instructions in the 'In code' sample above. If you did something like the above, you have a set of Perl modules at ~/mydir1/lib. If you have a script at ~/mydir1/scripts/myscript.pl, you need to tell it where to find the modules you installed for it at ~/mydir1/lib.

Put this before any BEGIN { ... } blocks that require the modules you installed.

Differences when using this module under Win32

To set up the proper environment variables for your current session of CMD.exe, you can use this:

If you want the environment entries to persist, you'll need to add them to the Control Panel's System applet yourself or use App::local::lib::Win32Helper.

local::lib also supports PowerShell, and can be used with the Invoke-Expression cmdlet.

local::lib solves this problem by allowing you to create your own directory of Perl packages downloaded from CPAN (in a multi-user system, this would typically be within your own home directory). The existing system Perl installation is not affected; you simply invoke Perl with special options so that Perl uses the packages in your own local package directory rather than the system packages. local::lib arranges things so that your locally installed version of the Perl packages takes precedence over the system installation.

If you are using a package management system (such as Debian), you don't need to worry about Debian and CPAN stepping on each other's toes. Your local version of the packages will be written to an entirely separate directory from those installed by Debian.

This module provides a quick, convenient way of bootstrapping a user-local Perl module library located within the user's home directory. It also constructs and prints out for the user the list of environment variables using the syntax appropriate for the user's current shell (as specified by the SHELL environment variable), suitable for directly adding to one's shell configuration file.

More generally, local::lib allows for the bootstrapping and usage of a directory containing Perl modules outside of Perl's @INC. This makes it easier to ship an application with an app-specific copy of a Perl module, or collection of modules. Useful in cases like when an upstream maintainer hasn't applied a patch to a module of theirs that you need for your application.

When possible, these will be appended to instead of overwritten entirely.

These values are then available for reference by any code after import.

See lib::core::only for one way to do this - but note that there are a number of caveats, and the best approach is always to perform a build against a clean perl (i.e. site and vendor as close to empty as possible).

Options are values that can be passed to the local::lib import besides the directory to use. They are specified as use local::lib '--option'[, path]; or perl -Mlocal::lib=--option[,path]. 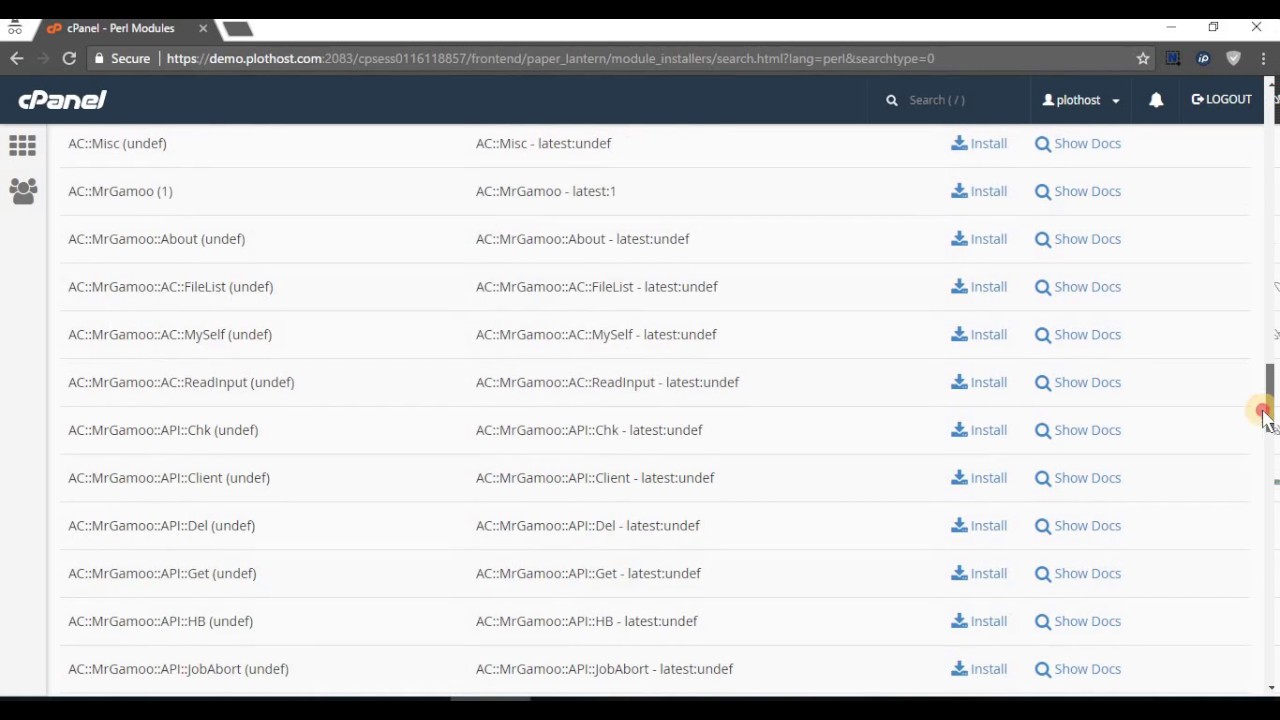 Remove the chosen path (or the default path) from the module search paths if it was added by local::lib, instead of adding it.

Remove all directories that were added to search paths by local::lib from the search paths.

Specify the shell type to use for output. By default, the shell will be detected based on the environment. Should be one of: bourne, csh, cmd, or powershell.

Prevents local::lib from creating directories when activating dirs. This is likely to cause issues on Win32 systems.

Attempts to create a local::lib directory, including subdirectories and all required parent directories. Throws an exception on failure.

Prints to standard output the variables listed above, properly set to use the given path as the base directory.

Returns a hash with the variables listed above, properly set to use the given path as the base directory.

Constructs the %ENV keys for the given path, by calling 'build_environment_vars_for'.

Returns a list of active local::lib paths, according to the PERL_LOCAL_LIB_ROOT environment variable and verified against what is really in @INC.

Returns a path describing where to install the Perl modules for this local library installation. Appends the directories lib and perl5 to the given path.

Returns a path describing where to install the executable programs for this local library installation. Appends the directory bin to the given path.

Returns a hash of environment variables that should be set to cause installation into the given path.

Builds and returns the base path into which to set up the local module installation. Defaults to ~/perl5. 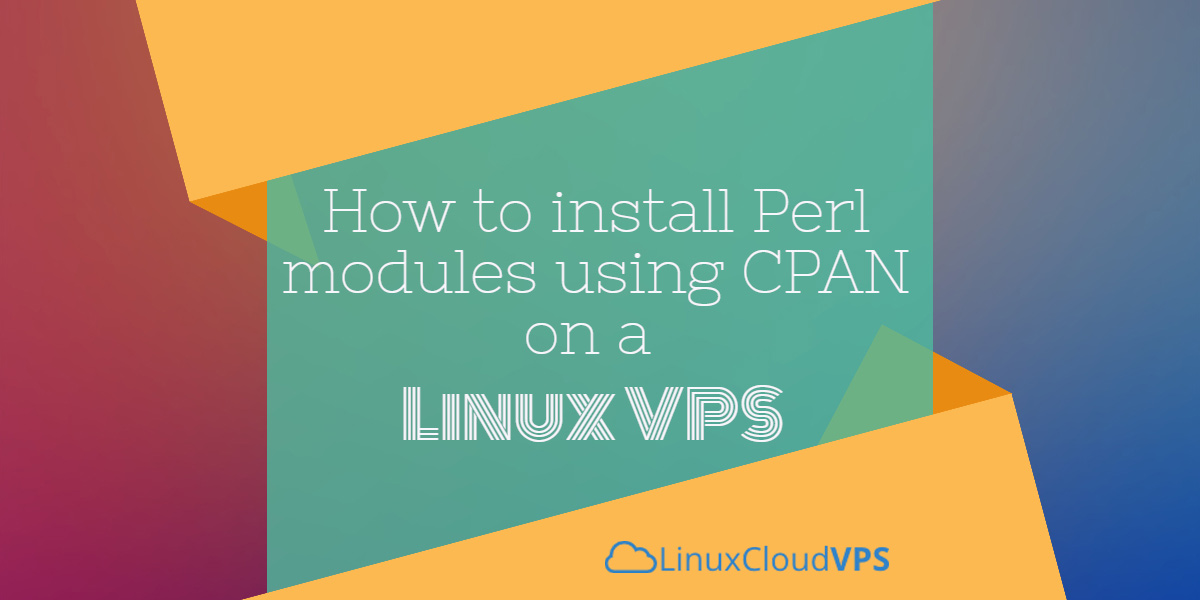 Attempts to find the user's home directory. If installed, uses File::HomeDir for this purpose. If no definite answer is available, throws an exception.

Translates the given path into an absolute path.

Calls the following in a pipeline, passing the result from the previous to the next, in an attempt to find where to configure the environment for a local library installation: 'resolve_empty_path', 'resolve_home_path', 'resolve_relative_path'. Passes the given path argument to 'resolve_empty_path' which then returns a result that is passed to 'resolve_home_path', which then has its result passed to 'resolve_relative_path'. The result of this final call is returned from 'resolve_path'.

Constructs a new local::lib object, representing the current state of @INC and the relevant environment variables.

If set, local::lib will not try to create directories when activating them.

Constructs a new local::lib object based on the existing one, overriding the specified attributes.

Constructs a new instance with the specified path active.

Constructs a new instance with the specified path deactivated.

Constructs a new instance with all local::lib directories deactivated.

Returns a string to set up the local::lib, meant to be run by a shell.

Returns a hash with the variables listed above, properly set to use the given path as the base directory.

Arguments: None
Return value: None

Constructs the %ENV keys for the given path, by calling 'build_environment_vars'.

Constructs the %ENV hash using 'setup_env_hash', and set up @INC.

Be careful about using local::lib in combination with 'make install UNINST=1'. The idea of this feature is that will uninstall an old version of a module before installing a new one. However it lacks a safety check that the old version and the new version will go in the same directory. Used in combination with local::lib, you can potentially delete a globally accessible version of a module while installing the new version in a local place. Only combine 'make install UNINST=1' and local::lib if you understand these possible consequences.

Patches very much welcome for any of the above.

If you've configured local::lib to install CPAN modules somewhere in to your home directory, and at some point later you try to install a module with cpan -i Foo::Bar, but it fails with an error like: Warning: You do not have permissions to install into /usr/lib64/perl5/site_perl/5.8.8/x86_64-linux at /usr/lib64/perl5/5.8.8/Foo/Bar.pm and buried within the install log is an error saying 'INSTALL_BASE' is not a known MakeMaker parameter name, then you've somehow lost your updated ExtUtils::MakeMaker module.

To remedy this situation, rerun the bootstrapping procedure documented above.

Finally, re-run cpan -i Foo::Bar and it should install without problems.

local::lib looks at the user's SHELL environment variable when printing out commands to add to the shell configuration file.

Doc patches for a custom local::lib directory, more cleanups in the english documentation and a german documentation contributed by Torsten Raudssus <[email protected]>.

Hans Dieter Pearcey <[email protected]> sent in some additional tests for ensuring things will install properly, submitted a fix for the bug causing problems with writing Makefiles during bootstrapping, contributed an example program, and submitted yet another fix to ensure that local::lib can install and bootstrap properly. Many, many thanks!

pattern of Freenode IRC contributed the beginnings of the Troubleshooting section. Many thanks!

Warnings for missing PATH/PERL5LIB (as when not running interactively) silenced by a patch from Marco Emilio Poleggi.

Improvements to stacking multiple local::lib dirs and removing them from the environment later on contributed by Andrew Rodland <[email protected]>.

This is free software; you can redistribute it and/or modify it under the same terms as the Perl 5 programming language system itself.

To install local::lib, copy and paste the appropriate command in to your terminal.

You may define any number of code blocks named BEGIN and END which act as constructors and destructors respectively.

What are Perl Modules?

A Perl module is a reusable package defined in a library file whose name is the same as the name of the package (with a .pm on the end).

A module can be loaded by calling the require function

It would be nice to enable the functions bar and blat to be imported into our own namespace so we wouldn't have to use the Foo:: qualifier.

A module can be loaded by calling the use function

Notice that we didn't have to fully qualify the package's function names?

Then, provide a list of symbols (scalars, lists, hashes, subroutines, etc) by filling the list variable named @EXPORT: For Example

When you are ready to ship your PERL module then there is standard way of creating a Perl Module Tree. This is done using h2xs utility. This utility comes alongwith PERL. Here is the syntax to use h2xs

Here is the descritpion of these options

So above command creates the following structure inside Person directory. Actual result is shown above.

So finally you tar this directory structure into a file Person.tar and you can ship it. You would have to update README file with the proper instructions. You can provide some test examples files in t directory.

Installing a Perl Module is very easy. Use the following sequence to install any Perl Module.